Michael Dardia first experienced Westfield during high school when his Bridgewater-Raritan East lacrosse team beat the Blue Devils 8-7 in Kehler Stadium.  Michael remembers the visit fondly: “From the field, I could hear the cheers from the Westfield fans and after the game we drove through a downtown that was much more lively than what I knew.” (It should be noted that Westfield did get its revenge, beating Michael’s Minutemen 12-6 in the New Jersey State Championships.)

Since moving here in 2003, Michael and his wife Meredith, an internist at Weill Cornell Medical Center, have spent countless weekends cheering their two sons from the sidelines. Their eldest, Theo, is a sophomore at Westfield High School, where he wrestles and plays goalie for the lacrosse team; Beckett is a freshman who plays fullback for the football team and is a lacrosse defenseman. In addition to coaching for Westfield Youth Lacrosse for the past seven years, Michael got the chance to represent the Blue Devils himself: Michael plays middie and goalie for Westfield’s Men’s Lacrosse Program (aka Team 135).  “Living in Westfield is in many ways like being part of a team.  We all seem to want to get involved to make our hometown thrive,” Michael explains. “Like players on a team, each of us is unique but together we make a whole that is greater than the sum of its parts.”

Michael’s commitment to service extends beyond the athletic field. He’s acted as team captain for a Bergen County chapter of the American Diabetes Association and he’s volunteered for organizations, such as the Cancer Foundation “STOMP the Monster” and Jewish Family Services Food Pantry.

He has spent his career leading operations in New York and New Jersey academic medical centers. “Every day, my job requires striking a delicate balance between helping people get the care they need and ensuring fiscal responsibility,” explains Michael. “That’s a skill that should come in handy to energize our downtown and build on the strengths we already possess.” With 20 years of experience in healthcare management, he recently founded his own business, Trifecta Health Consulting, LLC.  He also serves as the Vice-President of Operations for Partners In Care, Corp., a company focused on improving the delivery of care for independent physician practices throughout New Jersey. Michael received his undergraduate degree in Communications from Ithaca College.  He holds a Masters in Public Administration from Kean University, where he graduated magna cum laude.

“Westfield is a dynamic place that’s strong and welcoming,” Michael observes. “I’m proud to be a part of this, and hope to contribute whatever I can to help my town grow stronger still. Part of that is having town leaders committed to engaging all our citizens.  We have the talent here to overcome any challenges – we just need to be included.” 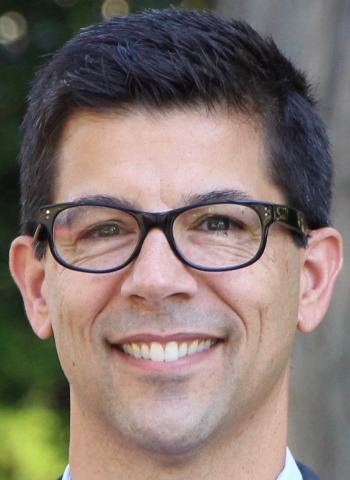