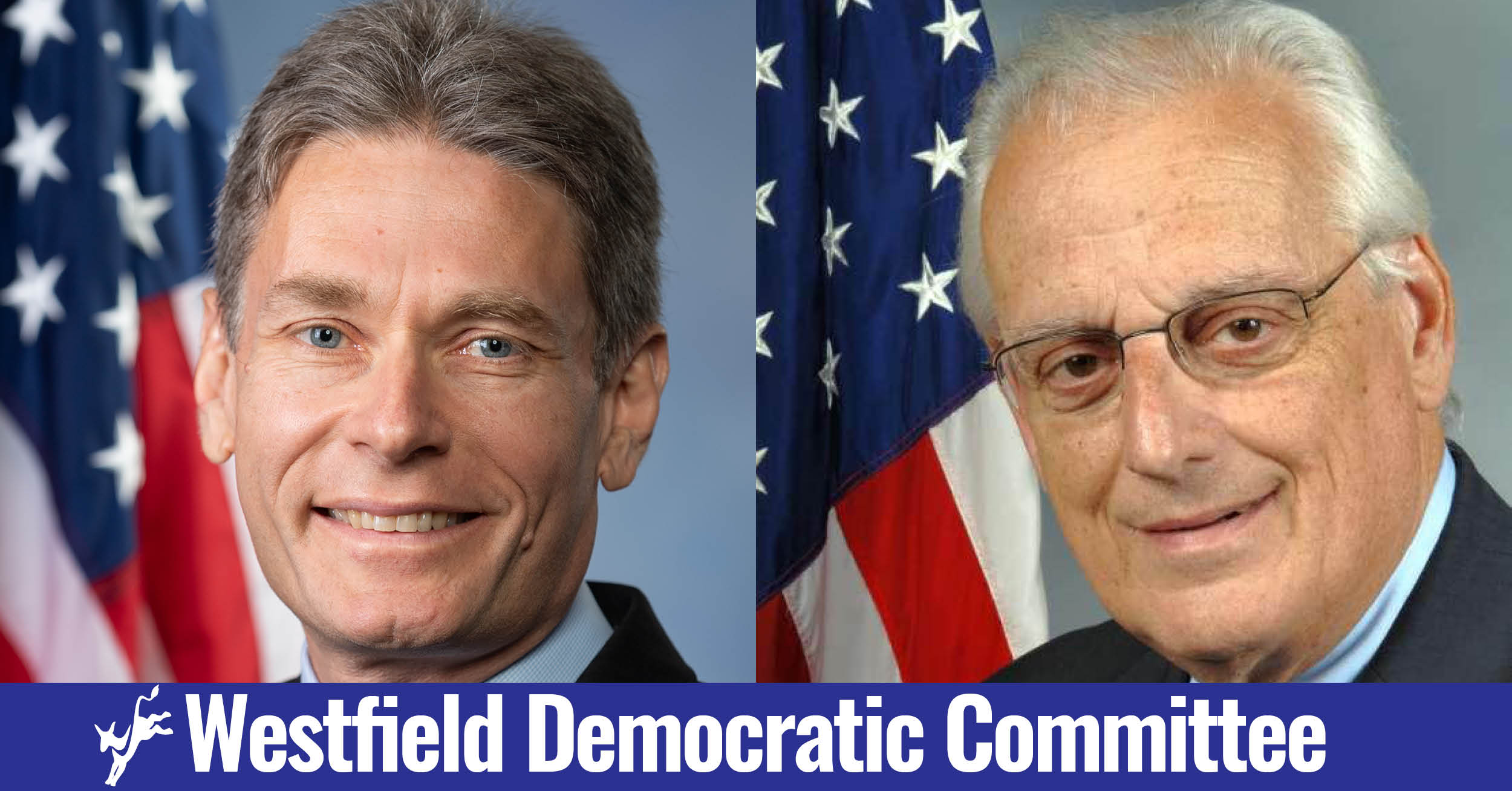 Please support the Westfield Dems as we kick-off our 2021 election cycle and join us for a virtual fundraiser and spirited and informative conversation with Reps. Malinowski and Pascrell.

Rep. Tom Malinowski was born in Communist Poland during the height of the Cold War. When he was six, he and his mother fled to the United States, and grew up in Central Jersey.

Tom Malinowski served as a Senior Director on President Clinton’s National Security Council where he worked to end conflicts around the globe. He then served as the chief advocate for Human Rights Watch, where he led the bipartisan campaign to end the use of torture by the Bush Administration. Later he served the Obama Administration as Assistant Secretary of State for Democracy, Human Rights, and Labor where he helped lead America’s fight for human rights around the world.

Bill Pascrell, Jr. has built a life of public service around the principles he learned while growing up on the south side of Paterson, New Jersey. A grandchild of Italian immigrants, Rep. Pascrell was the first member of his family to graduate high school.

Rep. Pascrell received degrees in Journalism and Philosophy from Fordham University, and before holding elective office, worked as a public school teacher and adjunct professor. He also served his country as a member of the United States Army and Army Reserve.

In 1996, Bill Pascrell was elected to the House of Representatives after defeating a Republican incumbent representative. Since 2007, Rep. Pascrell has served on the powerful, tax-writing House Ways and Means Committee, overseeing numerous economic issues including Social Security, taxes, Medicare, health policy, and international trade. On the committee, Bill has been a champion for the middle class.

Bill is the lead sponsor of legislation to restore the full federal state and local tax deduction. As a senior member of the Trade Subcommittee, Rep. Pascrell provides a stalwart voice for workers, constantly demanding fair national trade policies.

Bill Pascrell has made environmental protection a top priority and authored the law designating Paterson’s historic Great Falls a unit of our National Park System.

Before joining the House of Representatives, Bill Pascrell was a member of the New Jersey General Assembly, and he was twice elected mayor of Paterson, New Jersey’s third largest city.

Westfield Residents Ticket Package - Dessert and Champagne $75 and up per household - will include (2) individual dessert boxes and one bottle of champagne to enjoy during the fundraiser. Open to Westfield residents only; dessert package deadline 2/9.
Participants from other areas are encouraged to join us for a lively conversation at the $50 or $75 ticket level.